I thought I was in love, but it was only a head cold. I’ve been awake for three days with my skin feeling like it’s dried out and constricting against my bones.

I sometimes forget that I’m not a turtle anymore. I try to retract into my shell, but end up making a generic mess of myself.

Standing somewhere looking incredibly stupid and uncool, I suddenly realize where I am and who I am, it’s some time in the last parts of the twentieth century and I am one of those goofy Humans that seem to be all the fashion these days.

I spent much of my time at the end of a counter taking coffee and conversation with a number of different humans, many of them miserable.

The girl who sites at the other end of the counter, blowing long graven rings of cigarette smoke over her coffee, “My car broke down and as I stepped out it blew up, destroying my Comma Sutra CD collection. All my hair burnt off and I went to work anyway, but the place was just gone! Poof! No trace, just an empty office. I was able to ask a few of the building maintenance people, but none of them had ever heard of the company I worked for or recognized me. They said the office suite I was talking about had been vacant as long as any of them could remember.”

“I knew there was something fishy about it the whole time, but still can’t really put a finger on it,” she shrugs, an admittance and acceptance of defeat and failure. “Oh well, sucks to be me.”

“I was you for five days,” I say to her, “And it happened to be the absolute best week of my entire life.”

She gives me the lunatic smile I’ve grown so accustomed to seeing. “What are you talking about? Being me?”

“It was that week a few years ago that you can’t remember. You had that accident on your ski vacation in Zürich, and found yourself a week later wandering along the edge of the Nile.”

Her face turns white, she gasps. “Oh my God! That’s right! I had blocked the whole thing from memory. I can’t believe I projected all my insecurities and fears on my cat, Vishnu. I’ve been taking him to pet psychiatrists for years! Oh my, it’s all coming back to me now.” She shakes her head quick and smiles.

I wait until her eyes meet mine, and continue, “Now, do you remember this? Way back, many, many years ago, before cards, before electricity, before even money, you were called Otuglu and you lived in the cave closest to the water, and one morning the thin, tri-cloptic beings emerged, walking out of the ocean and onto the land. After first becoming friends, they adapted to our customs. Eventually they completely blended, indiscernible from the normal folks. Until one day–

I was interrupted by the arrival of her bus. She said she really wanted to hear how it turned out, but for now, she really had to leave.

Of course, I never saw her again. It was soon after when someone in Los Angeles decided to surgically attach himself to his car, and was no longer able to go anywhere that didn’t have a drive trough window.

Within a few weeks it was the newest trend in America. By the time the decade closed out anyone who was anybody had been stitched permanently into their cars, they’re internal organs in synced up with the electronics and mechanics of the engine.

The ‘cool’ people of the Earth, at one with their vehicles.

Everyone else was forced to rearrange the world to accommodate. Every form of business was required to install a drive through, the dentist’s office was soon made into the dentist’s garage.

All the uncouth, the losers of the world, those of us not surgically connected to our automobiles, we were all very helpful and pleasant adapting the planet to their whim, we all found it amusing and we chuckled silently to ourselves.

Trapped in their cars now for the duration of their lives, the trend setters and socially superior found themselves unable of any physical contact with any other cool person, or in fact, at all.

Ultimately it meant they were unable to produce offspring.

We, the peasants, the pedestrian, those of us who were well removed from the cutting edge, we give a knowing smile as we pass the cars on the street, as we watch them convert another parking garage into condos, as we wait on them in the window of the grocery store drive-through express lane.

Quietly it echoes in the hearts of the entire species, ‘We are finally rid of these bastards.’ 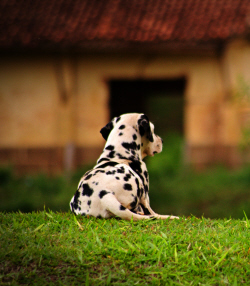 I’ve had so much coffee I’m at the point where I feel like a complete raving homicidal maniac. I’m glad to have found my peace.

Fezby is in the corner, arguing with the dog. “See this cigarette? Dog! This proves my evolutionary superiority over you! Got it?”

Of course, the dog isn’t paying him any attention, but staring off into a gray memory of the good old days as a cop dog, sniffing out these ugly humans.

“Not only can we produce fire, we can inhale it!” Fezby takes a long drawn drag from this cigarette, and lets it pour back out over the dog’s head.

Of course, the dog outlives Fezby by several years, and makes a better tennis partner than that old crust could ever be.