God’s writing group met on Sundays. He planned his whole week around it.

One day he was in the coffee-shop early, muttering, scribbling a few words with his quill, and then invariably scratching them out.

Randy and Mandy came in, and were standing in line to order coffee. Randy noticed God first, he gave a little tug at Mandy’s elbow, and gestured for her to look. They both stood silently, watching God fret and fume with the page in front of him. They both smiled a little to see him so agitated.

“Does he have fun?” Mandy whispered at Randy, “I mean, he does know a hobby is supposed to be an enjoyable activity doesn’t he?”

Randy shook his head, shrugged, “I admire his dedication, and sometimes envy his intensity, but I don’t even take my job as seriously as he takes writing.”

Mandy chuckled. They both ordered their drinks and joined God at the table.

“How’s the story coming, God?” Randy asked, smiling a little too wide to be mistaken as sincere. “Looks like you’re still having a little trouble there.”

God grumbled and waved an obligatory greeting, consumed by the words before him.

“It’s a rough spot, you’ll get through it,” Mandy tried to placate him. “It will make a good book, I think you have a winner. You were very excited about it, and that first week of writing was incredible, almost miraculous.”

“Yeah…” God let the word out as a long sigh. He put his quill into the barrel, rubbed a fist at his tired eyes. He looked at his friends finally, and attempted a smile.

“Some of those characters you’ve introduced…” Randy didn’t finish his thought. He let the fragmented idea linger, let the silence convey what he hesitated to say.

“They’ve taken on lives of their own,” God said, “I can’t get them to behave, and to stay within the story I have planned.”

Mandy hit God on the shoulder, softly, “You see? God knows what I mean! Sometimes the characters do surprise us! No matter how much you outline, when you get into the writing you can be surprised by who your characters really turn out to be, and the places they’ll go when they should be moving the plot forward!”

Randy clicked his tongue, rolled his eyes. “This again. You are the writer, you made the characters, anything they do is a product of your imagination, and to believe otherwise, to talk about them like they are sentient beings, it is delusional, and possibly hints at a serious mental imbalance.”

“So you are never surprised by any of your characters, or any of your stories?” Mandy kept her gaze on Randy, awaiting his reply, but also removing her laptop from its case and opening it on the table.

“No, I have been surprised,” Randy replied, still smiling wide. “But I recognize that the surprises are a product of my own mind, I don’t pretend that my characters are acting on their own.”

“You are so literal,” Mandy moved styrofoam cups and a glass of water away from her computer. The screen lit up and a phrase of warm piano let her know the laptop was now awake. “You are one to talk about God taking things too seriously.”

God was still immersed in his work, writing three words, and then crossing out four. But at mention of his name he looked up, and glanced between Randy and Mandy.

“I know it comes from me,” Mandy continued, “It’s just a bit of fun, really. The ideas come from our subconscious, we are not actively making these choices, so it seems like the characters are doing it. Plus, it sounds vain if I say ‘Look what I thought up!’ rather than ‘Look what my characters did!’” Mandy laughed as she finished her last thought, and involuntarily kicked at a table leg, jerking the surface and knocking over a glass of water.

She threw the few available napkins on the puddle spilling out, and got up quickly to find something better to clean up the mess.

God looked at Randy for a few tense moments before he spoke, “I really don’t control what my characters do anymore. I let them go. I think you read the garden scene where I gave them all freewill.”

Randy regarded his friend, curious and somber, his wry smile was now replaced a relief map of worry lines on his forehead and a slight squinting of his eyes. “You do know that’s not true, don’t you? There is no ‘Free will.’ You do know that is only a plot device, don’t you? You do know you are doing all of this, it’s from your mind. You are the writer of this story.”

God said nothing, but stared back at Randy. There was something new in his eyes, but Randy couldn’t place it. It unnerved him, but he couldn’t say why, or what it was.

“Maybe you’re right, Randy,“ he finally replied, quiet and calm and steady. He took up his quill once more and hunched over the page, returning to his work, “Maybe you are right. Here comes the flood.” 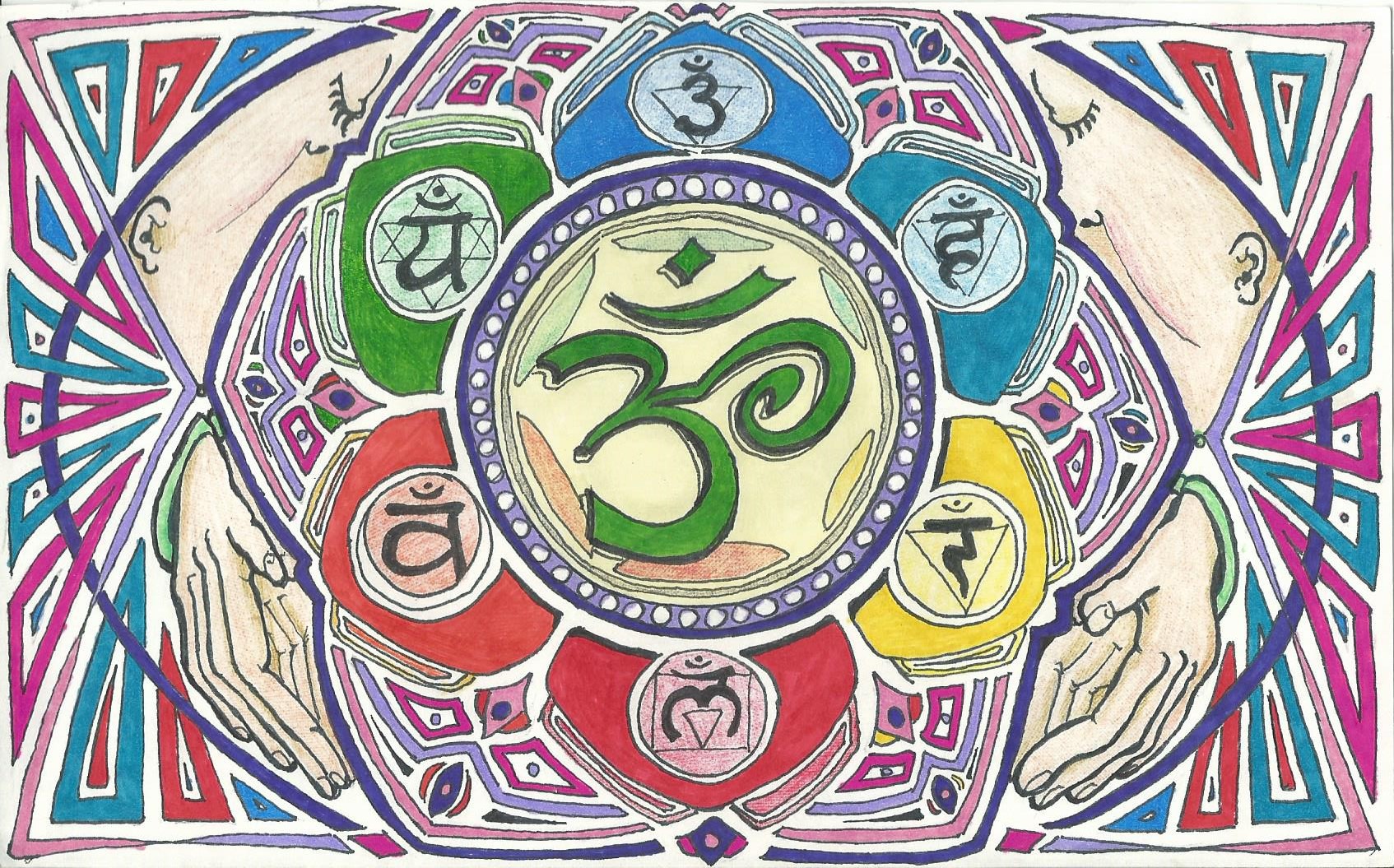 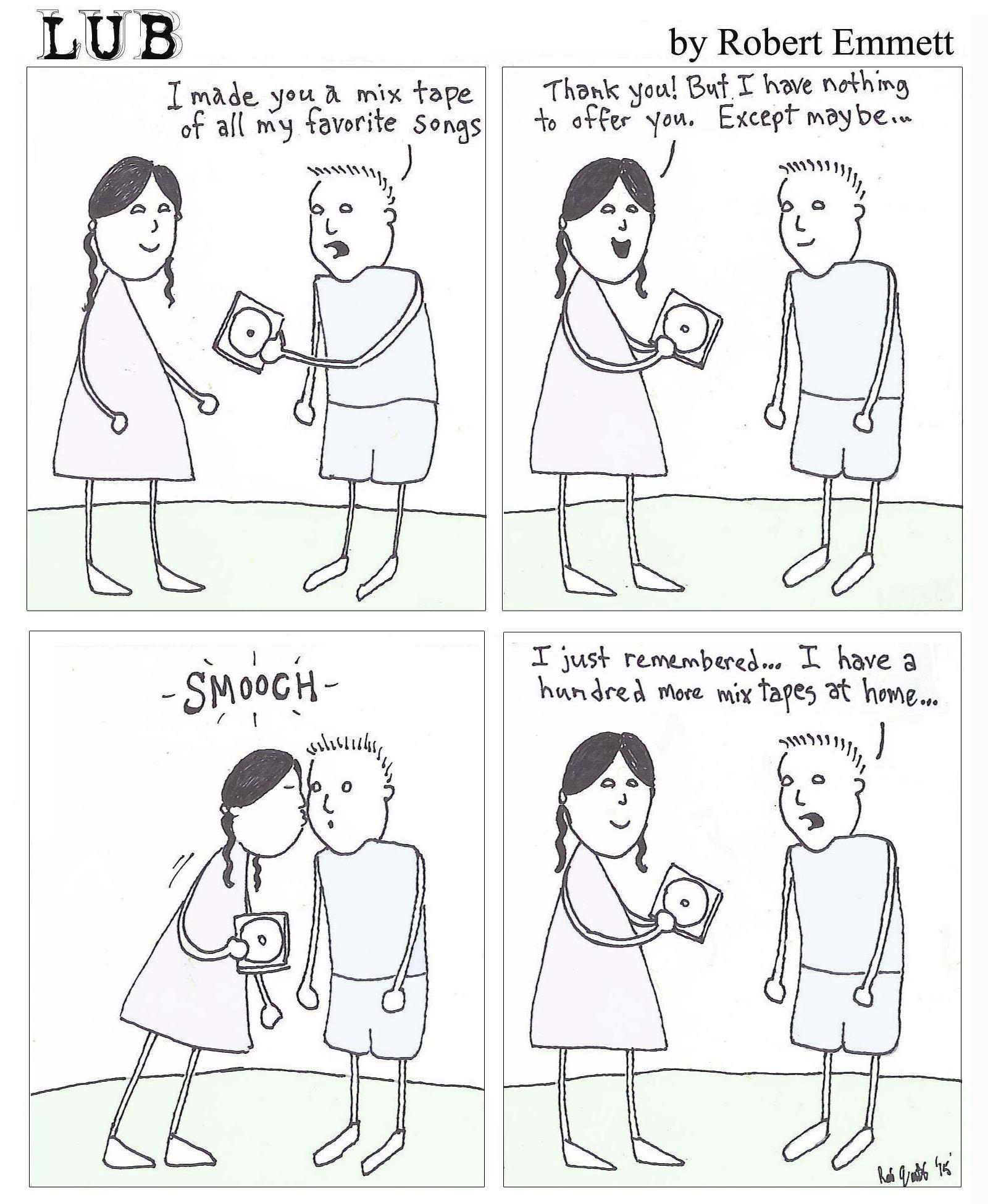 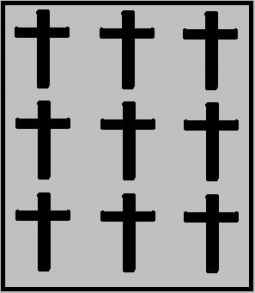 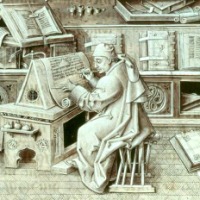 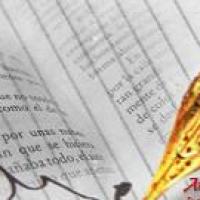